Poetry at the End of Life 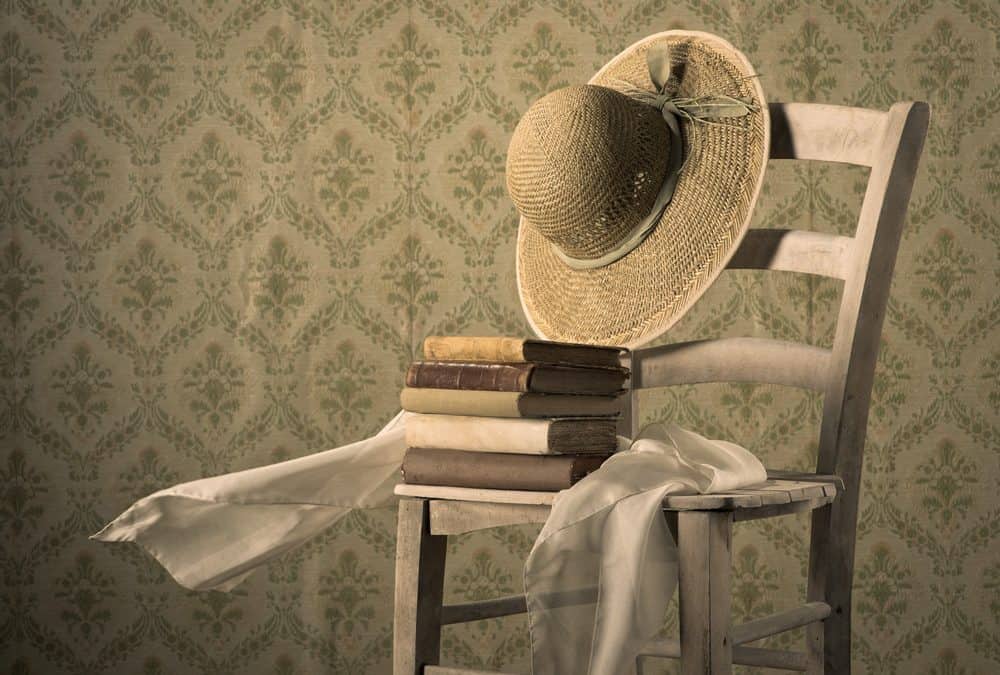 Poetry is when an emotion has found its thought and the thought has found words. – Robert Frost

The following excerpt is from a book in-progress about hope at the end of life. It exemplifies an unusual phenomenon, known as terminal lucidity, in which people, who have been incapable of meaningful conversation for a long period of time, inexplicably become lucid shortly before death.

Though terminal lucidity has been the subject of ongoing scientific investigation for over a century, researchers are no closer to understanding how it arises…particularly in patients with overwhelming dementia or intractable mental illness.

For loved ones, the ability to have a final, coherent and moving conversation with a family member prior to their passing can bring hope and closure at the end-of-life. It suggests that perhaps not everything is reducible to what happens at a cellular level rather than at the level of our soul.

The summer of 1936 was stifling hot in the Midwest. Record temperatures had sent the thermometer soaring – reaching an unprecedented 113 degrees as far north as Michigan’s Upper Peninsula.  Thousands of people would ultimately succumb to the heat.

As the summer swelter reached its crescendo in late July, U.S. athletes prepared to compete in the Berlin Olympic Games. A scant two months earlier, legendary boxer, Joe Lewis had lost the title of heavyweight champion of the world to Germany’s Max Schmeling. It had been a stinging defeat, yet the Olympics represented a chance to regain nationalistic pride.

Two days into the Games, Jesse Owens would bring home a gold medal in the 100 meter run with a blistering time of 10.3 seconds. He would go on to win three more golds – a powerful affront to Hitler’s claim of Aryan supremacy. No imagined that, two years later, Germany would begin the systematic persecution and annihilation of Jews on Kristallnacht.

For an adventuresome young woman of sixteen, who was headed off to college, these events seemed a world away. What mattered most were school, boys, and her family. At sixteen, Shirley Tivol was among the youngest students matriculating to the University of Illinois (she had been allowed to “skip” a couple of grades of primary and secondary school). She couldn’t wait to get her books, pledge a sorority, and hopefully meet the love of her life.

Her parents, Charlie and Mollie, were excited, yet also a bit anxious about their daughter’s departure. As Russian émigrés, they had made a perilous journey early in life to escape the Czar’s pogroms. Hard work and perseverance had allowed them to not merely survive but thrive in their new home. Life was neat and tidy, and they wanted it to stay that way.

Kansas City’s Union Station was bustling as Shirley and her parents wove their way between the myriad of trains preparing for departure. After handing her bags to a waiting porter, Shirley gave a long hug to her folks and stepped onto the awaiting Pullman. She quickly found her seat, lowered, the window, and blew a final kiss with a wave.

My mother went on to do exceptionally well in college, which came as no surprise to anyone. She was enthralled by the opportunity to learn – whether it was a course in creative writing, comparative religion, or her major – teaching. And though she didn’t find the love of her life at school, she did shortly thereafter. She met and married my father, Jack Leifer, shortly after graduating college in 1940. Though they had known each other but a few months before marrying, it was a union that they would enjoy for more than 61 years.

Throughout her life, my mother’s love of learning continued. She read voraciously — at a pace that would have made Evelyn Woods look like a dullard.  Had she not passed her books on to friends, our house would likely have been transformed into a library!

As a result of her reading, my mother could speak authoritatively on a vast array of topics. But she was never bookish, quite the contrary…she was warm and effusive. That’s why it was all the more difficult to watch her decline in the latter years of her life.

My mother and father had been inseparable. A few months after they were married, Dad was shipped off to Europe. He would be among the first forces to land on Normandy Beach. It would be three, interminably long years before my folks saw one another again. After the war, the only thing that could separate them was death itself.

My father lived a great live and died at the age of 86.  We assumed that my mother, stripped of her life-companion, would quickly follow suit, but she surprised us and lived for another five plus years.

Yet, she changed during that time. Not the core of who she was as a human being – love and kindness always emanated from my mom – but she began to slowly lose the extraordinary mental acuity that had been her hallmark. It was as though a deep fog was settling in, obscuring her memories, and forcing her to search for words that once flowed so effortlessly from her lips.

By the time my mother was in hospice care, our conversations had become quite broken in nature.  Sure there were fragments of cohesive thought, but they were punctuated by inconsistencies, confusion, and ultimately fatigue. My wife  and I knew that death would reach out someday soon, take her from us, and return her to the warm embrace of my father. Oh how I wanted her to have that eternal peace and love, but how hard it would be to say good-bye!

Mom had begun to refuse not merely food, but even water. She knew exactly what she was doing, despite the outward appearance of dementia.

When I arrived at her condominium one morning, I knew that something had changed. I could read it on the face of her caregiver.

As I walked through the foyer into the living room, I found my mother perfectly dressed and sitting up in a chair – something I had not seen in a very long time. But it was more than her clothes or posture that caught my attention. It was a glow, an energy in my mother’s expression and eyes that I had not seen in decades. It was as though she had shed the burden of forty years of life and regained the spirit of that sixteen year-old girl about to go off on a grand adventure. She radiated warmth and love.

In a crystal clear voice, she told me to sit close…that she had some things she wanted to share with me. She took my hand, and began:

There are things that I want you to  know and always remember. Most importantly, I want you to know how much your father and I love you.  You have been a wonderful son, and we are so proud of you.

I’ve had a wonderful life. I had the most wonderful husband and children I could ever ask for, and I am eternally grateful.

Don’t mourn my passing, but, rather, celebrate the gift I was given during this lifetime.

I love you more than you could ever imagine.

With that my mother squeezed my hand, before slowly letting it go. She was tired now, and it was time for her to rest.

It was the last talk we would ever have on this earth — my mother was saying goodbye to me.

How could she know that, like a train waiting to leave the station, the departed hour was at hand?  How could she have rallied and overcome the infirmities that had crippled her thinking so as to convey such unconditional love?

The next day, when I went to visit my mother, she was unresponsive. She would pass away that night with me holding her hand, and my wife holding mine.  It was a serenely peaceful, but profoundly sad moment…though softened by the act of grace I had witnessed the previous day.

As I looked upon her lifeless body, I knew that her spirit, which had once animated her body so vividly, had departed. She had gone to be with my Dad.

A great gift is bestowed upon those of us fortunate enough to experience such parting words.  And though researchers have bestowed a scientific term upon this phenomenon – referring to it as terminal lucidity, I prefer to call it grace.

[I would welcome your feedback. Are you interested in the topic of “hope at the end of life?” If so, what would you hope to find in a book on this issue? What questions would you want addressed?]